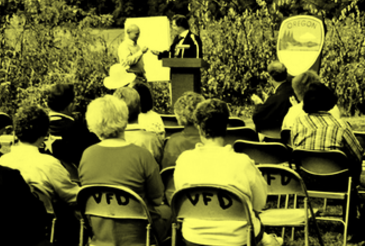 1990’s
The Department of Transportation transferred the right-of-way to the Oregon Parks and Recreation Department in 1990.
Vernonia Trailhead opens in 1991. 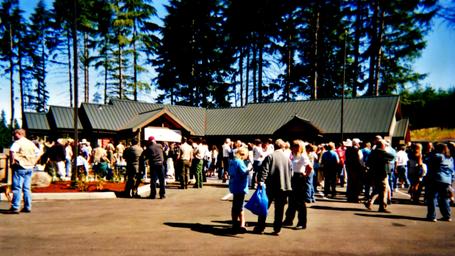 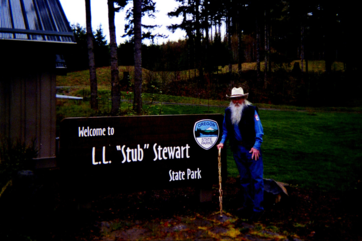 Pre-1913 - David C. Eccles and his Oregon American Lumber Company had purchased significant timberland to the northwest of Banks. However, there were no railroad lines nearby and the only economical way to get logs to market in those days was to have one.

1913 - The Portland, Astoria, and Pacific Railroad began building the original rail line to transport timber, freight, and passengers, but construction was halted due to financial troubles in the Eccles’ interests.

1920’s
The United Railways took over the construction of the line in 1920.
A short time later, the Nehalem Boom Company became part of the United Railways. A complicated arrangement was worked out during the last several months of 1921 .
Construction was completed in 1922.
Trains on the line hauled logs and lumber from Keasey and the Oregon-American mill in Vernonia to Portland.
The finished line went north from Wilkesboro through Banks, Manning, Buxton, and Vernonia. At this location, the line turned west, eventually reaching the town of Keasey, and continued on to the Clatsop and Columbia County boundary line.
The first passenger train arrived in Vernonia on September 9, 1922, but regular passenger service to Keasey would have to wait until 1923.
The first load of logs made its way over the entire line from the county line all the way through to Linnton on October 16, 1922.
Several other logging companies started operation in the area, and used the United Railways to some extent. However, Oregon American traffic continued to be the largest user of the line.

1930’s
In 1931, the interchange of traffic at the Nehalem Boom Company property was changed. 2.78 miles of track were abandoned and 0.47 miles of new track were built to allow for better interchange of traffic and flow of freight from Cornelius Pass to Rafton. The Great Depression caused most of operations to cease, and consideration was given to abandoning the United Railways line between Rafton and Keasey.
Full abandonment was never completed, but the line between Keasey and Vernonia was shut down. Considerable damage to the logging economy in the area was also the result of the 1933 Tillamook Burn forest fire.
By approximately 1936, operations had resumed. A loan from the Reconstruction Finance Corporation helped a great deal in getting things back to working.

1944 - The United Railways was dissolved and taken over completely by the Spokane Portland & Seattle Railway.

1960’s
From 1960 through 1965 the Vernonia South Park and Sunset Railroad leased the line for a steam excursion train.
In 1964, a steam powered excursion service was operated between Banks and Vernonia. This non-profit group was known as the Vernonia, South Park & Sunset Steam Railroad, Inc. and used a former International Paper Company (previously owned by the logging operation) as power, and passenger cars included ex-Oregon Electric interurban cars that had been converted to coaches.

Financial problems caused the group to shut down at the end of 1969.

1970’s
In 1970, the Spokane Portland & Seattle, the Great Northern, the Northern Pacific, and the Chicago Burlington & Quincy were merged to form the Burlington Northern. Another section of the United Railway extended from along the Willamette River in Portland through the Cornelius Pass Tunnel to Bowers Junction and on to Wilkesboro.
The line was abandoned in 1973.
The Oregon Department of Transportation bought the right-of-way in 1974.

1980’s
The locomotive operated on the Oregon Pacific & Eastern line in Cottage Grove until the mid 1980's, and was later sold to an operation in California. The old Oregon Electric cars wound up working for the Black Hills Central in South Dakota.